THE AMATORIALE
BREEDING IS NOT A BREEDING-MAGAZINE AND IS NOT A STORE!!!!! 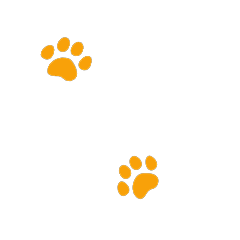 
FELINE LEUKEMIA
Let's now talk of Feline Leukemia, viral disease of cats supported by a Retrovirus, also known as FELV. Characteristic of this virus is the presence of a protein called p27 whose identification in the blood is essential for the diagnosis.
This is a virus sensitive to common disinfectants, but it is advisable to wait several weeks before introducing new cats in infected areas.
The disease is spread by oral, respiratory, and also due to congenital (vertical route, from mother to fetus).
The greatest danger, however, concerns the spread by cats asymptomatic, persistently viremic!
The incubation period of the disease is quite long by 3 to 36 months.
Let's see what happens to cats that come into contact with the virus FELV: the infection occurred through saliva, urine, feces or other secretions, there is penetration of the virus at the level of the oral mucosa, ocular and nasal follows the shift in the lymph nodes of head and neck.
At this point you may have different evolutions:

The clinical symptoms are different according to the forms detectable, basically we can distinguish:

Also unfortunately for Feline Leukemia Treatment is only symptomatic and temporary in order to alleviate the suffering animal.
Speaking of prevention we have the serological test, this time on the antigen (protein p27) and vaccination, now also available in Italy.
We recommend that you test all the subjects in the herd, separating positive from negative, in case of infection does not introduce any subject, first, of three months, retest every three months. It is also recommended for removing those cats that are FeLV positive in two tests, while those who test negative (always two tests) are considered healthy.
The cat tested negative at the first positive test and the second will be separated and tested again after three months.
We recommend testing all new cats before placing them in breeding, isolation for 12 weeks and then retest it.
With regard to vaccination are currently available inactivated vaccines that should be performed annually and requires two doses three weeks apart the first time I've used.


FELINE IMMUNODEFICIENCY (FIV)
It is a viral disease sustained by a lentivirus that affects all cats, even wild ones. It has long incubation, even years!
Is mainly transmitted by the bite, but also with the saliva or by means of infected bowls.
Once the contact took place with the virus, the cat presented with fever and increased lymph node in a first step, then, after a very long time (even years), presenting signs related to diseases resulting from the immune deficiency syndrome.
It will therefore have: lethargy, depression, weight loss, anorexia, fever, chronic diarrhea, stomatitis, etc.. With regard to therapy, unfortunately, is also feasible in this case only a symptomatic therapy, as we have seen for the FIP and FeLV previously.
However, we can implement a prevention against the feline immunodeficiency syndrome following these basic rules:


CAT PANLEUKOPENIA (DISTEMPER CAT)
It is a disease sustained by a parvovirus similar antigenically to the virus Parvovirus dog, can hit all the big cats.
This is a rather resistant Virus, which can remain up to a year in the environment. It is also resistant to ether, phenol, chloroform and many acids, but is inactivated at 100 degrees and from the bleach.
The incubation Panleukopenia is very short, approximately one week. The animal can become infected directly (saliva, feces, urine) or indirectly (blankets, bowls, cages, clothes).
!WARNING: THE CATS CAN BE CARRIERS HEALED!
They eliminate the virus for a long time through feces and urine. The infection has occurred is the multiplication of the virus by the oropharyngeal, then follows a viral load and according to the age of those affected, a different symptom.
If a fetus has to be struck in the first quarter we will have fetal death, if within 2nd or 3rd we will have puppies with ataxia (cerebellar location), though the biggest puppy, enteritis, or localization in the lymphoid tissue and bone marrow, resulting in panleukopenia.
The clinical symptoms are manifested mainly in two forms: hyperacute or fulminant (death within 12-24 hours after the onset of symptoms) mostly in kittens aged 2-3 months.
ACUTE where you have high fever (40-41), anorexia, depression, vomiting, bloody diarrhea, severe dehydration, decubitus abdominal pain with intense, intense thirst, but water waste.
The therapy is based mainly on rehydration, the administration of antibiotics to prevent secondary infection, anti-emetics and vitamins (especially B group).
In some cases you may be given of the hyperimmune serum: It is recommended especially for kittens who are still asymptomatic, or for those who did not receive colostrum.
In healthy cats, however, does not come in contact with the virus is preferable to use vaccination.
The serum, however, interferes with vaccination for at least three weeks!
The kittens born to vaccinated mothers take the antibodies with the colostrum and they persist up to 8-12 weeks of age, according to the maternal title.
Vaccination can be performed with two types of vaccine, live (not to ever use in pregnant animals because it passes from the placenta to the fetus which causes cerebellar hypoplasia) or inactivated (as currently used). We use two doses:

For kittens under nine weeks is repeated every three weeks to three months of age.
The recall is annual.


RESPIRATORY DISEASES OF THE CAT
The major respiratory diseases of cats are supported by FHV-I, which causes rinitracheite infectious feline calicivirus or FCV and Chlamydia psittaci.
The sustained viral rhinotracheitis virus FHV-I is quite common, fortunately it is a virus rather labile, easily neutralized by bleach and temperatures of 100 °.
The animals become infected by nasal, oral and conjunctival and the incubation time is rather short (2 to 5 days.).
However, for this disease exists the problem of the "carriers", ie subjects who have passed the test virus, but which remain carriers and may in the future riammalarsi (especially as a result of stress).
Keep in mind that often relapses occur in pregnancy.
CLINICAL SYMPTOMS: among the more obvious symptoms we have:

The therapy involves the use of broad spectrum antibiotics, vitamins B, A and C, eye drops, aerosol and fluid therapy in severe cases.
Regarding prevention, it is recommended that vaccination with live attenuated vaccines (in general, are associated with the vaccine for calicivirus and panleukopenia) following this scheme.

For kittens under 9 weeks of the vaccine is advisable to repeat every 3 weeks for up to three months of age.
The recall is for adults annually.


CALICIVIROSIS OF THE CATS
It is supported by an RNA virus belonging to the family of calicivirus: it is a virus more resistant than the previous one and is not as sensitive to disinfectants.
The incubation of the disease is very short: 1-3 days and cats can become infected through the oral and nasal.
For this disease there is the problem of the carriers that have different types: high, medium and low.
The prevalent clinical symptoms are:

The therapy involves the use of broad spectrum antibiotics, vitamins and eye drops.
There is, also, for the calicivirus vaccination to be performed:

The vaccines used are typically trivalent.


CHLAMYDIOSIS
It is supported by a pathogen and viral diseases like the two previous ones: it is the Chlamydia psittaci, which can also cause conjunctivitis in humans.
Chlamydia is unstable outside the host cell and the product of choice to neutralize it is the quaternary ammonium.
Cats become infected by the conjunctival, rarely nasally; reached the conjunctival epithelium chlamydia causes a mild fever and almost exclusively ocular symptoms.
CLINICAL SYMPTOMS:

Initially affected only one eye, then after 5-21 days, the other also.
The duration of symptoms is 3-4 weeks, while a mild conjunctival hyperemia and ocular discharge may persist for months.
NOTE: microorganisms are detected again until 18 months after infection.
In some cases it was found abortion in pregnant females.
The therapy involves the use of tetracyclines by the general route in addition to ophthalmic preparations of which the application is recommended 3-4 times a day.
The only contraindications to the use of these drugs are pregnancy and young age of the subjects. In puppies, in fact, these drugs can cause a calcium deficiency, although recently there are degrees of tetracycline in reducing the side effects.
As prevention for chlamydiosis exists the possibility of vaccinating cats with live attenuated vaccines. Maternal antibodies remain in kittens up to 9-12 weeks of age.